Preparation for Your Path to Christ Consciousness

The Purpose of Christ's Letters

Christ Explains The Purpose Behind His Letters

THE PURPOSE BEHIND THESE LETTERS

They are intended to bring enlightenment to the world generally, to
enable humanity to construct a NEW CONSCIOUSNESS during the
next two thousand years. These LETTERS are the seeds of the
future spiritual evolution of humankind.

Note well:
It is the spiritual evolution of the 'human consciousness' that brings
about the mental and physical evolution in your personal and global
lives and brings humanity into ever more harmonious states of well-being.

Before you begin to study, meditate and absorb the following
pages, I want to make it clear to all who read these Letters that
my purpose in coming through them is first and foremost to
dispel the myths which have surrounded my human persona
and teachings. It is my intention that religious dogma and
doctrines should eventually die a natural death, world wide, - as
complete a death as the animal sacrifices in the Temple of Solomon.

Secondly, I have also come to help the churches let go their
archaic notions of ‘God’ and ‘sin.’ No true spiritual progress is
possible until the dawning of a clear realisation that each person
is responsible for the way his or her life develops.

Thirdly, I have come to remove from your minds the pictures of
an ‘Almighty God’ of magnificence and grandeur and unlimited
active power, who rewards the virtuous and punishes the ‘wicked’.
These beliefs are wholly erroneous - albeit comforting.

Fourthly, I am explaining the Truth of Being for you, to finally
dispel the old concept of ‘God’ sitting aloft somewhere in heaven
where He is said to have created the world and all that is in it in
a relatively short while.

Fifthly, I have come expressly to help science bridge the gulf
between UNIVERSAL CONSCIOUSNESS and the appearance
of electrical particles. Without this bridge between the Unseen
Spiritual Dimension and the Seen world of ‘matter’, science
will remain rooted in old ideas and concepts instead of moving
forward into new realms of spiritual/scientific research for the
betterment of mankind.

I have also come to show you the TRUE NATURE of....
‘THAT’.... WHICH BROUGHT YOU INTO BEING - gave you
INDIVIDUALITY. For, without this knowledge, which will
reveal to you the ‘nature’ of your ‘dual, yet fully inter-related
being’, Spirit and body, you will also remain rooted in the same
level of consciousness as you are at this moment. 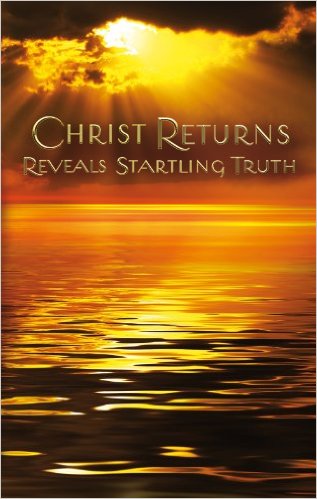 All quotations from Christ's Letters, Articles and Messages
are attributed to CHRIST'S LETTERS from CHRIST'S WAY